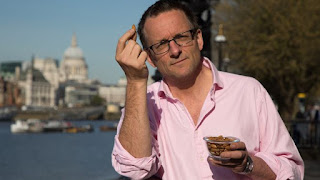 Michael Mosley’s latest attempt at popular science airs on the BBC this week as part of the Trust Me I'm a Doctor series. http://www.bbc.co.uk/news/magazine-33601171 This time he is investigating different diets for lowering cholesterol. The program looks serious and appears to employ a reasonable but limited experiment comparing three different diets using a randomly allocated sample group and then observing the effect of each on total cholesterol levels.

One of the diets was a low cholesterol diet, any yet we have known for a long time that dietary cholesterol has very little impact on blood cholesterol, in fact the US Dietary Guidelines Advisory Committee recently removed it from their list of bad things to eat! A second group ate high fibre diet as fiber binds with cholesterol in the gut and stops it getting absorbed; this is even dafter as the premise is still based on the role of dietary cholesterol. The third group added nuts to their normal diet; this approach is known to lower cholesterol.

Mosley then trumps the lot with a "Portfolio" diet where he creams off the best bits of each diet, adds some other changes and lowers his cholesterol by more than the guinea pigs.

But here’s the thing. Total cholesterol is almost meaningless number when it comes to risk of heart disease!Why? Because it includes the "good" HLD cholesterol, and apparently the more of that we have the better. And because the role of LDL is misunderstood.

Mosley then quotes some out of date information on LDL cholesterol from the NHS Choices web site which still maintains that Total LDL is the enemy, despite consistent evidence showing that there is practically no relationship between total  LDL and heart disease. Heart surgeons have been pointing this out for decades but they have been silenced by the makers of statins.

Why, oh why couldn’t Mosley have done a bit more research and looked into the fact that LDL particle size is the real culprit? Smaller LDL particles are more dangerous and larger ones are safe, and hence their total mass is of no consequence.

The funny thing is that diet is the answer, it's just that the question is wrong. Now if he had asked "Can you lower your triglycerides by changing your diet" then he might really have been onto something.

In fact I ought to say "Missed again BBC!", I am amazed by the low quality of the science provided on the BBC when it comes to the subject of diet and obesity. There are dozens of top scientists who understand the subject infinitely better than Michael Mosley does, but the BBC's commissioning editors do not appear to be interested in discovering the inconvenient truth that the NHS's advice on cholesterol and heart disease might be wrong.