Still harping on about Cholesterol Malcolm? 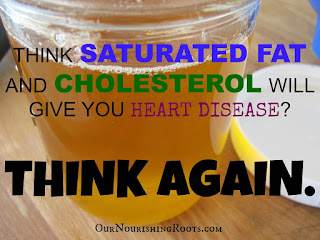 I think that by now most of my friends have had 'the cholesterol chat' with me; in pubs, over dinner or even sometimes when out running. I am generally careful now to only harp on about this to people I have not met before. This blog is an exception.

I am not a medical person, nor a nutritionist (although I did follow a correspondence course last year), and I hope I know where to draw the line between my knowledge and that of others. I do happen to know a little about statistics, something that helps to understand the relationship between a health claim and the data that apparently supports it.

But cholesterol is one subject that I have taken a close interest in. The reason for this is that it lies at the crux of the health/diet debate; it has had a massive impact on public health and the practices and finance of the NHS.

When I first saw the FSA video that declared that saturated fat clogs up your arteries just like it could clog up a drain pipe, I was scared; clearly that was the intention. And for many years I lived in fear of my higher than normal cholesterol leading to an early peanut butter induced heart attack.

That said, the concept did seem a bit preposterous at the time.  Humans have always eaten saturated fats and as far as historians can say is seems that we have not always dropped dead of Coronary Heart Disease. Also, the fat in the video only clogged up when it got cold, and human arteries are well known to be warm places!

The fear of fat was created in the 1970s and 1980s when firstly US dietary advice and then the advice we received from the NHS was changed. Very few scientists agreed with this change at the time, but Kellogg's were pretty happy about it all. We all switched from eating real natural food to eating cheap cereals instead. And we started adding more and more sugar to everything in order to make it more palatable. And did we get healthier? No, we did not.

Then along came statins (or did they actually arrive earlier looking for something to cure?). A panacea, no longer even requiring full clinical trails as they meet the simple surrogate endpoint of lowering LDL cholesterol. The claims were that thousands of lives would be saved, and yet the data quoted at the time showed that only small numbers of lives (perhaps 1 in 200) of already ill people might be prolonged, for a short while. Lives were not saved. I get incensed by such things as this. Data like this is being used to support the notion that we should nearly all be taking a drug that has several known side-effects and has clearly ruined the lives of many many people.

And the more I've learned about cholesterol, "good or bad", the more I have become convinced that there is nothing in it. For every report that declares that high LDL will lead to high CHD there is another that shows that there is no causation. The most obvious data here describes whole populations with low LDL and high CHD, high LDL and low CHD. How could this be?  Malcolm Kendrick sums it up perfectly (again) in this article where he points out that Russian men are eighteen times more likely to get a heart attack than Japanese men, and yet their average cholesterol levels are the same. This whole series of Malcolm's articles makes very interesting reading if you have an interest in heart disease.

If we can remove statins, cholesterol and hence saturated fats from the whole heart disease debate then we can start looking at the relationship between health and food in a different way. Fats and carbohydrates both provide us with energy, but which are more healthy and which are making us fatter and unwell? And in my opinion a big clue lies in this simple question - which is the only macro-nutrient that in its natural form has no nutritional value?