What I am Reading Now

My current reading diet is mostly inspirational. This is what I need right now, tales of what humans can endure on their own two feet. I just completed the longest event of my life but I still consider myself to be in recovery from earlier injuries. Rest period; I need ideas, motivation.

I’ve been travelling for the last two weeks and on my birthday in Columbus Ohio I was given three books; one each from Jane, Cam and Molly; and they were all about running and mountains. Perhaps this was a signal that it’s OK to carry on where I left off in Cartmel 4 weeks ago. Or perhaps that’s just wishful thinking; we’ll see!

I stayed on in the states after the family went home and I chose the two paperbacks to read on the planes, leaving the huge glossy hardback for when I got home.

I have known about Kilian Jornet for some years now but this is the first time I have read anything that he has written (or at least read a very well translated version of it). Not only is he an amazing runner and mountaineer but he has an engaging narative style and paints a picture much wider than his incredible achievements.

I was surprised a few weeks back to learn that the husband of one of my wife’s clients has just appeared on Kilian Jornet’s Instagram page. 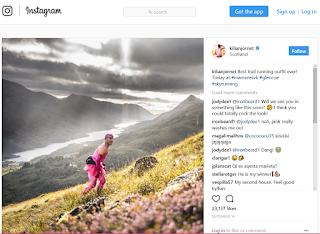 Dave is a bit of a running and BMF star locally and he knows how to grab attention. He was running at the recent Glencoe festival when Jornet, passing by, snapped a picture of him climbing in a pink tutu!

Jornet clearly loves a story and his book is a great tale of the life of a world class cross country skier and mountain runner.

He asks himself some powerful questions including "why do we run?", and "where do you go when you have surpassed the feats of your idols?" Where do you find inspiration now?  Clearly this will never happen to me but we all need to learn how to re-set our goals. As we grow older we grow slower and it is important to grow wiser, to sometimes look outside the box when setting our new goals.

Jornet's goals have spread to cover the globe, and his prowess at ski mountaineering has enabled a world of high-altitude possibilities for racing and adventure. Jornet is still a young man and I worry that with his love of danger (just check out his Facebook page!) there may only be an all too familiar one ending to his story. How many of the authors of the mountain adventure books on my shelves are still around to tell their tales?

This book was written a few years back and Jornet is still at it, breaking records (including the fastest ascent of Everest this year) and seemingly smiling all the time. And the very fact that he was there in Glen Coe smiling and taking photos of pink Dave from Sussex and posting that on his page suggests to me that he is on a relatively sound path forwards. 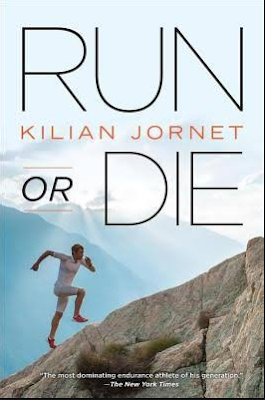 Charlie is an alcoholic, an addict; and he is a world class ultra runner. Right away this book got my attention. I often struggle to answer the question of why I run, why it is that I will happily go out and endure discomfort and pain for several hours at a time. Once or twice I have described it as an addiction, but never having been addicted to anything else I was not sure that the description was a fair one. Now I am.

A good book about running is often not really about running at all, it is about some other struggle, some other story. Running is just the medium through which the tale is told.  This is true for Running Man. Right from the start we know that Charlie is no ordinary athlete; he wanted to be great at everything he tried and he longed for recognition from those he admired; on failing to achieve this recognition he turned to alcohol and become a recognized champion at that instead.

I have not read a better account of addiction to alcohol and drugs, of the way it affects the individual and all those around. Maybe it is the fact that Charlie consistently returns to running as a form of salvation that attracts me to him – surely many people would right him off as a looser from the start and perhaps only because I know where the story is going I force myself to listen to the depths of depravity and desperation that he seems incapable of escaping, despite its effects on family, career and friends and Charlie himself. I wanted Charlie’s escape to come sooner but he kept sinking lower, at times I almost wept for his mother, his kids and for him.

I have never really understood how Alcoholics Anonymous works. Now I do and I have learned an important lesson. Charlie has not drunk for 20 years but I understand that he is still an addict, and there are times when only another addict can understand the torments that he still encounters and help him to face up to them.

As a side note it was interesting to learn that Charlie was one of the very few people to be jailed as a result of the housing crisis that hit the US in the first few years of this century. Not for miss-selling mortgages (as so many bankers were happy to do and were not jailed for it) but because his accountant lied on a mortgage application form.  In spite of this awful injustice he used his time in prison well and when he couldn't run in the Badwater Marathon he ran the 136 miles with 540 laps of the prison track instead.

In the end escape did come, in  the form of an addiction to adventure running (a bit like ultra running but harder). Only something so incredible as running across the Sahara was enough to replace to hold that drugs had on an otherwise well loved and respected man. 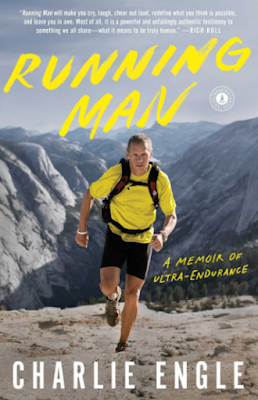 Closing off a neat circle this book, with a foreword by Kilian Jornet is chock-full of great photos and descriptions of Ultra racing.

It was just such a book that last Christmas got me interested in running another big Ultra, and it was Ian’s photography, particularly of runners descending Halls Fell Ridge on Blencathra, that fired my enthusiasm for the Lakes In A Day race. He was there in the clouds taking pictures again 4 weeks ago but I was too busy watching my footing to smile for the camera!

Time to pour a glass of red wine, put my feet up and dream…. 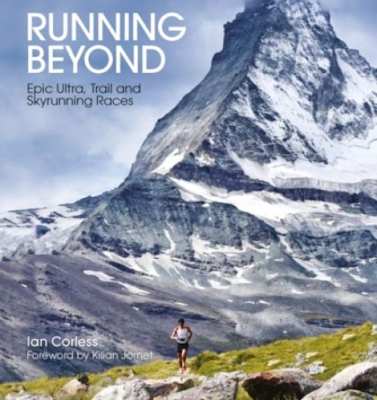 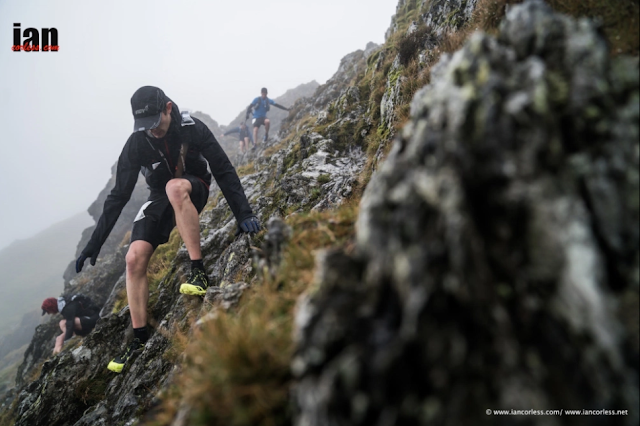