#FastFixDiabetes - Sounds too good to be true, almost!

How exciting that this subject is finally getting the recognition and air-time that it deserves. Interestingly there were several claims that this was new science, and yet I was writing about it four years ago and I feel that I am new to the subject! There were also many bold claims that the diets to be described on these shows could save the NHS billions of pounds; this is also a subject close to my heart.

Programs 1 and 3 took almost the same approach, which rather puts a dampener on their claims to be new. They both put a number of pre-diabetic people on a crash diet limited to 600-800 calories a day from nutritionally balanced shakes and soups. They followed the groups for some time and then measured their HbA1c level. Following the diet was difficult with Professor Gill accepting that it is a really hard diet to stick to and most patients stating how difficult it was, using words like “Brutal” and describing “the pain of being hungry”.

In #fastfixdiabetes this was done at a beautiful retreat in the hills a mile from my house; it certainly won the prize for the best photography. 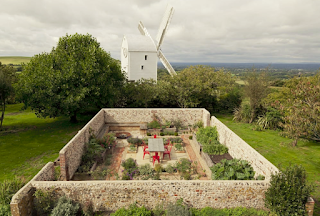 At the end of the two shows the patients were given their results; predictably they all did very well, which is great. This should have been the cue for how the diet was to be continued, how the patients could then go on to lead healthy lives free of diabetes and save the NHS a fortune. Unfortunately this did not happen. The Big Crash Diet program ended with a minute or two of bemused faces as Susan Jebb (the chief advisor on obesity to the government) showed the patients how to cook a few “healthy balanced meals”. The program's website does point you to a page of healthy low calorie recipes but there was no description of how well or badly the patients might have got on with this when they got home and so their prognosis could only be described as being “better than it was before”; hardly cause for jubilation in the NHS accounts department.

#fastfixdiabetes was worse; there was no discussion about long term diet at all with the patients, just a quick statement at the end that read “After the experiment the patients were  reintroduced to a healthy diet, under supervision”. As well as contemplating the cost of this supervision I was left thinking what does “a healthy diet” mean? A question I and millions of others have been wondering about for many years.  And I have come to the conclusion that the answer to this question is
“Trust me, I’m a dietitian.”

I feel I need to call out one of the amazing claims made in #fastfixdiabetes. At one point Professor Jason tells Doctor Zoe “What we are hoping to achieve is something that we simply do not see in routine diabetes care; we do not see people getting diabetes into remission, and we are trying to do it without any drugs.” This statement amazed me as I have been writing blog posts on the subject for a long time now. Surely the professor would be aware that there are several successful dietary intervention programs in the UK already, both inside and outside the NHS including a huge program hosted by diabetes.co.uk.  Dr Zoe would also be well aware of this; since like me she recently attended a conference where several speakers gave detailed descriptions of doing exactly this. This bold claim certainly made the TV program sound very impressive but it was not true.

Both of these programs were based upon the results of a trial by Dr Roy Taylor at Newcastle University and Professor Mike Lean at the University of Glasgow. A description of their trial on www.diabetes.org.uk explains how it works and it is truly impressive, in the short term. It also explains that:
“This is no quick fix, and we’re not recommending you try it alone. Some of the people in the study are finding the diet incredibly challenging and this programme is about more than just the low-calorie diet. After this phase, people may need to work hard to keep to a healthy weight and stay in remission.”
And that's the thing; we all have to work hard to keep to a healthy weight; this ever-present fact and the poor quality of dietary advice from the NHS is very likely to be why we have such a huge problem in the first place .

There was another howler from the professor, who after giving the great results to Dan said; “Just keep your weight the same and make sure it doesn’t go up” with no indication as to how Dan might do this. This is just like reiterating the tired “Eat less and move more” advice that doctors with very little training in or knowledge of nutrition have been giving the population for the last 30 years. 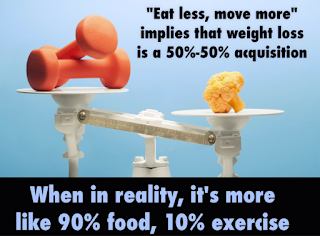 Perhaps Dan will manage this as he now appears to be launching a company to provide the #fastfixdiabetes plan with its intensive retreats to “professional people”, so his motivation to achieve this goal will presumably be higher than most. I hope he succeeds on both of these aims but I fail to see how this will help the NHS in any great way.

The name of the program suggested that the patients “fixed” their diabetes, and this suggestion was repeated several times. To be clear the patients did not fix their disease, they significantly but temporarily lowered the risk of developing type 2 diabetes. This is a great thing but it is not a fix. A fixed pipe does not need constant monitoring to ensure that it does not burst again.
To claim that you might save the NHS a fortune you clearly have to provide a solution that describes the long term treatment of patients, not just for a few weeks. If your plan requires expert help in the short term and referral to a dietician in the longer term then I fail to see where these millions will be saved. I certainly don’t see Jeremy Hunt forking out for all pre-diabetics to spend a couple of weeks at a retreat in the Sussex countryside, no matter how lovely the views or what longer term savings might come of it.

Luckily there is a long term solution, and it was described in The Truth About Carbs. This program introduced a number of subjects relating to carbohydrates but the main one was a similar two-week dietary intervention performed on a group of eight patients with pre-diabetes. They were placed on a low carb higher fat (LCHF) diet, essentially this involved cutting down on refined carbohydrates and foods containing sugar; this was described not as a short term fix but a long term lifestyle change.

The patients all agreed that the diet was relatively easy to adopt (although it should be said that the motivation related to being on a TV show must play some part here – don’t these TV trials always succeed?); they attended weekly group sessions but did not require constant motivation to keep going. They all lost weight and improved their diabetes markers in a very similar way to the patients on the other two programs. But this is where the similarities end; because all these patients had to do at the end of the show and for the rest of their lives was continue using a diet that they enjoyed; they reported that the food tasted great and they didn’t report being hungry all the time.  Continuation of the diet requires little in the way of further costs and intervention as the patients already know how the diet works.

To be fair the LCHF diet is not suited to everyone but the results show positive outcomes for most people. This TV show was based on the successful dietary intervention trial performed by Dr David Unwin and his team at the Southport Surgery on Merseyside. David has recently published the results from four years of offering this intervention as a choice to diabetes patients; there has been great success and there has been a clear saving of about £30,000 per year in costs to the NHS. Extrapolate this to every surgery in the country and we are talking about the possibility of saving many millions of pounds.

It is great that this subject is getting more air time. More and more doctors and health professional are taking a serious look at the possibilities for controlling obesity and diabetes with diet rather than drugs. It is up to these people to educate the public as to the choices available to them and the louder the debate the more likely that people will start to realise just how much of their health depends upon what they chose to put in their mouths.